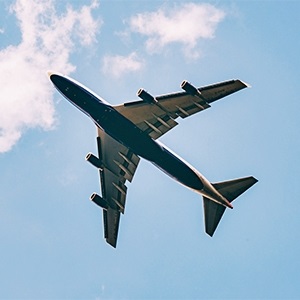 How Learning to Fly Helped Me Manage Money

He learned how to pilot aircraft for fun.

In doing so, he unlocked a fundamental economic principle.

F. Patrick Cunnane looks at economic theory from a unique perspective. In school, he was taught to study modern economic theories that just didn’t make sense. That all changed, as did the elevation, when he became a pilot. Learn more about the impact that Bernoulli’s Formula, taught to Cunnane while logging flight hours, had on his revolutionary Physics to Economics Model.

So, in managing money, even in graduate school, they don’t explain actually how to manage money.

I thought, “Well, Kidder Peabody will explain it to me,” but they didn’t really have perfect answers either.

Really nobody I talked to had a really good answer.

So, serendipitously I learned to fly just for fun, and one of the formulas I had to learn, the formula in physics called Bernoulli’s Formula, is a formula about large things touching small things, and I said, “That’s it. That’s the relationship between large-cap and small-cap stock.”

Academia was telling me it was a phenomenon. It’s not a phenomenon at all - it actually follows the laws of physics.

So then, I am in my 40s, and I start studying physics and study more and more and more. Then, I start hiring physics teachers, and so I am meeting with them, and I am finding that these rules really explain economics far better than anything else I am reading, and it’s able to make a great improvement upon how I am managing the assets.

Learn more about the Physics to Economics Model