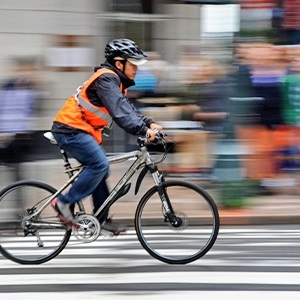 How do we know that our economy is moving?

By applying the principles of physics to economics.

The Physics to Economics Model logo is familiar to some and random to others. This collection of characters is an equation that unlocks the theory of kinetic energy, measuring how much energy an object has as it’s moving. This theory is obvious to those studying the motion of tangible objects, but what does it have to do with modern economic theory? As F. Patrick Cunnane explains, when that object that is moving and changing speed is the economy, it becomes easy to track growth, movement, and development.

One of the definitions in physics is for kinetic energy.

And, kinetic energy is how much energy the object has as it’s moving, and the formula is the energy equals one half of the object multiplied by the velocity squared.

But, looking at it in economics, as we see the system speed up, we really don’t have anything in general money management to explain that.

So, I am explaining it as the law of kinetic energy.

So, I am looking at the energy as the input change, and then the object that’s changing speed is the economy.

Well, how do we know an object changes speed?

It changes distance, and it changes in time.

So, how do we know the economy is improving?

Well, the economy is going to have more transactions in time.

So, the formula that we have in our logo is energy equals one half small letter “e” and that’s for the economy, and that’s multiplied by capital “T” little “r” and that means transaction rate.

And, then you square that, so it’s the same relationship that kinetic energy has in physics. We should expect to see the same kind of relationship in economics as energy is moving the economy into motion.

We should start to see the transactions pick up as we make a change in the input in economics.

See more about the Physics to Economics Model