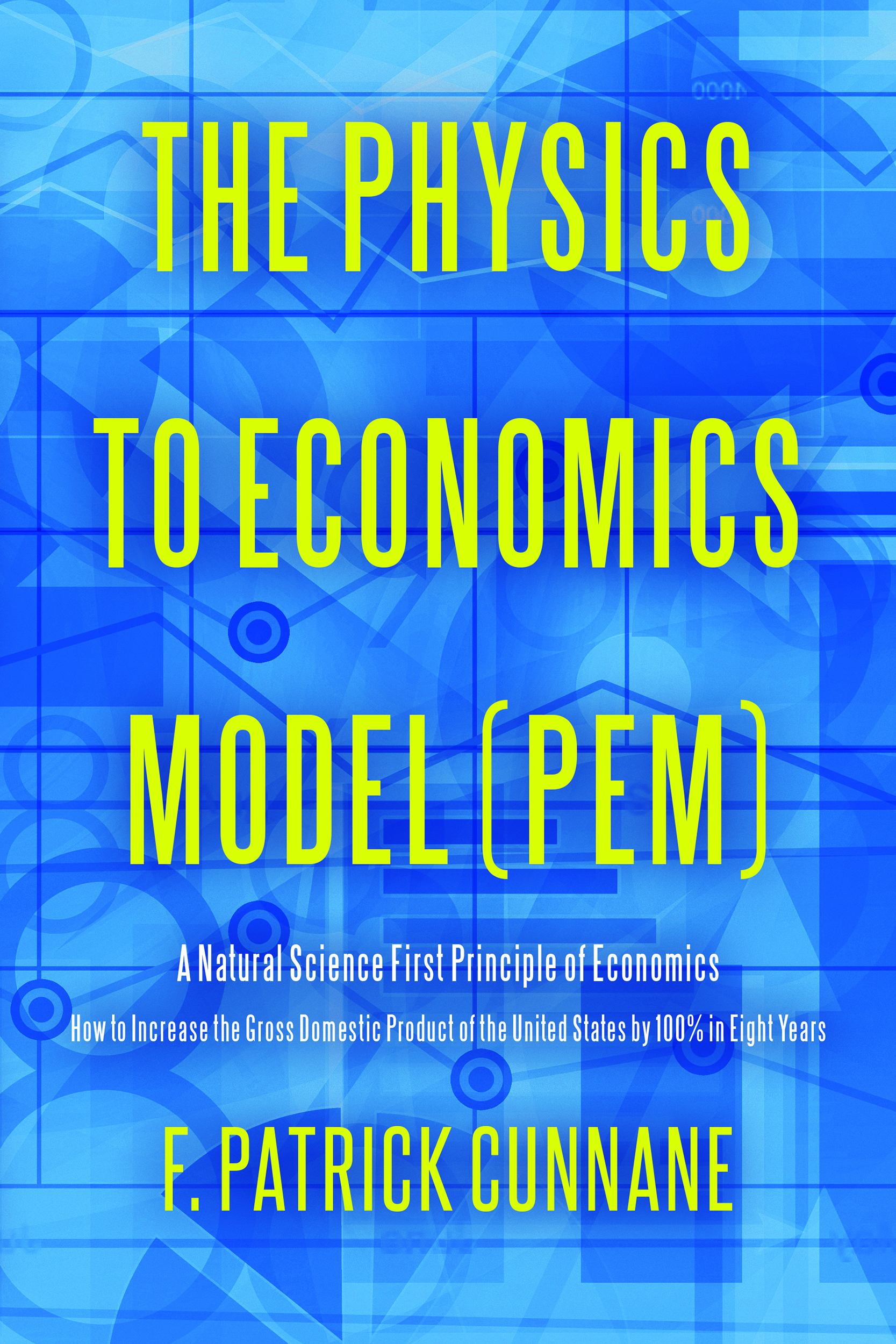 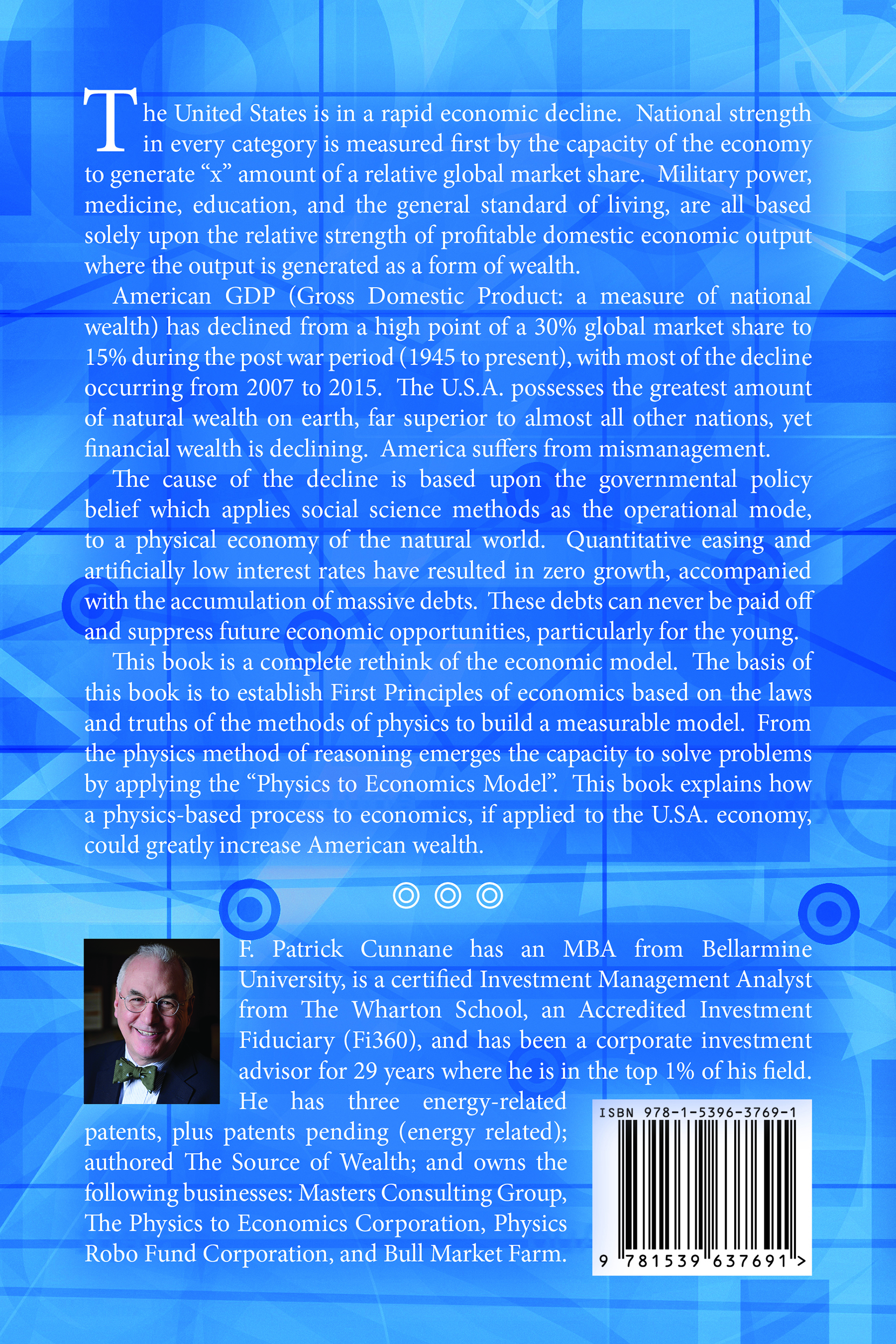 THE PHYSICS TO ECONOMICS MODEL (PEM)

What is economics? Ask anyone and, unless they are an academic, they will likely struggle for an answer. Even those who are professionals in the field, including academics, still cannot quite provide a clear, useable definition that conforms to observation, science and is universally true. If the definition of economics was reasonably useful it would be able to crosscut through capitalism, communism, or any ideology and be relative to the fundamental concepts for most observations.

Currently the typical academic definition of economics is, “a social science relating to production, consumption and distribution of scarce goods and resources”.

This book interprets economies into the form of mechanical physics. It establishes a first principle of economics, which is the fundamental concept of a theory and it explains how economics works. The theory (the Physics to Economics Model, PEM) establishes a unit of measure which is in a concept form and can be calculated where a deterministic result occurs.

It answers the question of, cause and effect for the economic input where the cause forces what should happen to an economy and the change is the effect or result. Economies cannot be defined, but we know it by what it does. The economy can change the environment, build and alter the form of resources. It has the ability to defend, invent and provide food, clothing and shelter. Economies can change form by moving from an activity to wealth possessed then stored wealth can change form back to an activity. This makes economics a concept that is understood by what it does. It should have a unit and be able to be calculated where the cause and effect are evident.

This is the same reasoning as the concept of energy in physics. Energy cannot be defined, but it is known by what it does. Energy can do work, change the surrounding, alter the state of an object, cause change in a position or change in speed and change from one type of energy to another.

Economics is, in fact, a physical operation within the universe and as such subject to the laws of the universe. And, that is how physics is related to economics.

Ironically, economics is more logical, rational and easier to understand in the reasoning process of physics versus what is currently presented. I have written my book in a way so the reader can ignore the math and still understand the general theory. Is economics a science? The answer will surprise you.

You will love this book as I loved writing it.