The Physics to Economics Model (PEM)

How a physics-based approach to the U.S. economy can significantly increase American wealth

The United States of America not only possesses the richest combination of natural resources in the world but at a scale greater than all other nation-states. So, exactly how did the U.S. global market share fall from 40% to only 15% in the span of several decades?

In 1960, the U.S. controlled a 40% global market share of business, producing 90% of the world’s automobiles, as well as its own clothing, ships, aircraft, and general consumer goods—all at globally superior prices. Today, the American shipbuilding industry, among others, is essentially nonexistent. Yet, it’s not for lack of iron ore or coal to melt the ore. Countries without any iron or coal make ships, but America seemingly can’t. While some of the highest-paid workers in the world build ships, American shipbuilding jobs are gone, apart from those required to build an increasingly small number of U.S. Navy vessels.

The demise of America’s shipbuilding industry is only one example of America’s decline as a top global producer. But how did this come about? Logically, America’s only true competition should be Russia and Brazil, since these are the only nations that have the natural resources to become the world’s top producers, assuming their policies are efficient. But consider this: an American soldier goes into battle with a foreign-made rifle and pistol, and our chief rival, China, produces 17 times more steel than we do. America is losing to the foreign rifle, pistol, and steel mills when America has more iron ore and more energy to melt the ore into a finished product.

Is America’s failure due to external competition? A lack of leadership? Or something else altogether? 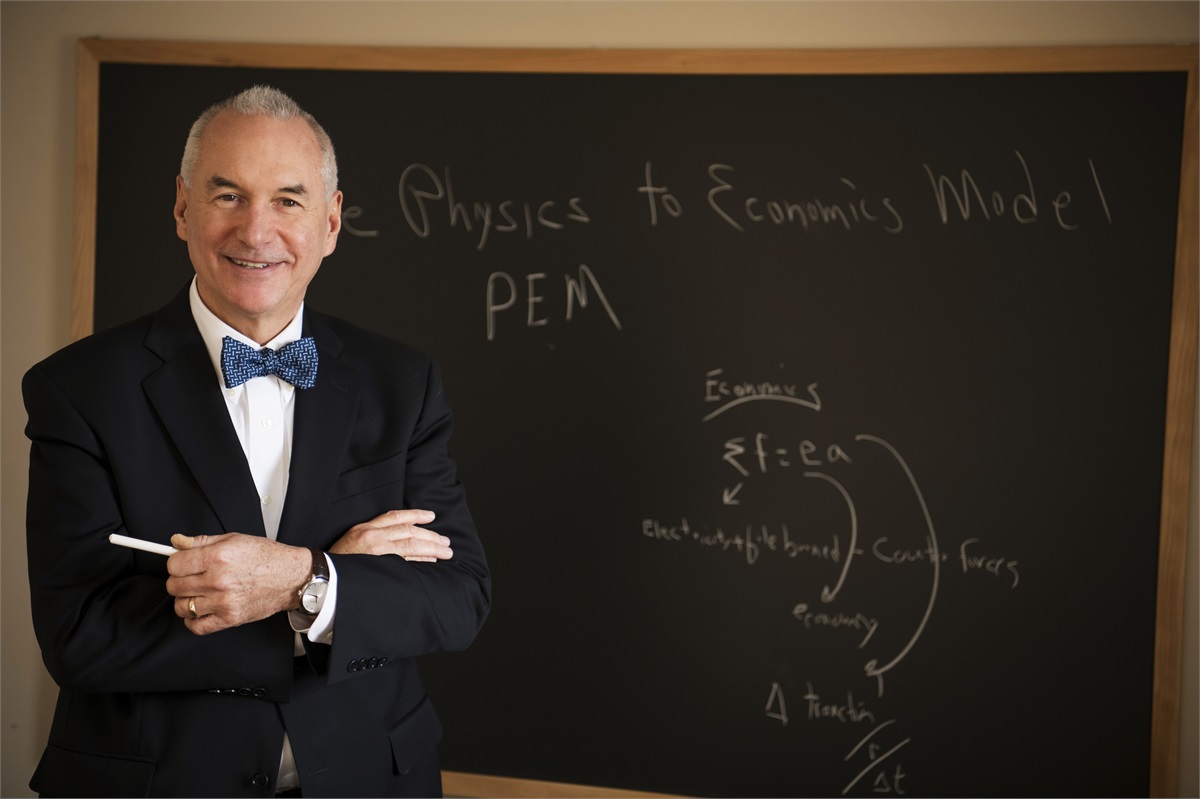 How We Got Here

Every nation-state has enemies and America is no different. During the American Civil War, the Europeans supplied arms to the confederacy in the hope of splitting the country and therefore splitting their competition. Other nations have sold or continue to sell products to the U.S. at lower than production costs with the intent of damaging American businesses. It’s no secret that the U.S. has multiple external enemies who desire a weak America. Yet, historically, the threat to greatness has never been internal. Failure is domestic. As evidenced throughout history, empires are brought down by poor and miscalculated internal philosophies, not by external forces.

Historically, the threat to greatness has never been internal. Failure is domestic.

When we look at the period from 1970 to 2017 in America, it’s clear that those running the country were not doing a very good job. It’s not enough for a free, constitutionally-great nation to simply prevent the formation of global communism, or depose powerful dictators and tyrannical, top-down rulers. The United States must lead economically.

By viewing America’s decline in strength from a purely economic lens, it quickly becomes evident that the gradual weakening of U.S. global economic power is due to the implementation of domestic social science beliefs. Yet, social science cannot be pinned down to a single universal truth, and therefore, it produces increasingly detrimental policies year-over-year. The fact that America is more than 100% in debt and domestic manufacturing is dying fast, is evidence of this truth.

Why Keynesianism Misses the Mark

Keynesian economic theory, introduced in 1936 by English economist John Maynard Keynes, attributes money and labor as the chief cause of prosperity. The base premise of Keynesian theory, which is presently applied to American economic policy, is that wealth and economic prosperity are improved simply by adding money to the economy. Those ascribing to this modern theory of economics accept that simply through the act of printing money, the U.S. government causes an economic output, which, in turn, enables prosperity and the well-being of humanity. However, in chapter four of The General Theory of Employment, Interest and Money, Keynes laments that he cannot find a unit of measure to evaluate outputs. He chose money and labor as the base units of his theory because in his view, there is “no solution” to the problem of finding a way to measure input and output in economic theory.

There’s a reason why Keynes was not able to find a solution for measuring input and output in economic theory. Physics and economics have more in common than Keynes assessed. He did not view economic activity as an energy-based cause and effect event subject to the laws of natural science. As in all things physical (that which resists force), a relationship is found between energy, mass, distance and time. Economic activity is no exception. Money and labor are not a cause; only energy can be a cause. They are a subset effect as an outcome derived from an input of something physical which occurred first.

Through the establishment of “The Physics to Economics Model,” Cunnane explains how economies work, how to best measure their impact, and why traditional measures of economic performance and growth fail.

Understanding the Physics to Economics Model

The Physics to Economics Model (PEM), author and Certified Investment Management Analyst, F. Patrick Cunnane, MBA, challenges traditional economic theory and demonstrates how a physics-based approach to the U.S. economy could significantly increase American wealth. Through the establishment of “The Physics to Economics Model (PEM),” Cunnane explains how economies work, how to best measure their impact, and why traditional measures of economic performance and growth fail.

How is physics related to economics? Why should economics be viewed from the perspective of physics? The current, accepted academic definition of economics as “a social science relating to the production, consumption, and distribution of goods and services,” is impractical when applied to problem solving since it’s presented in a circular, rather than a unit form. Thus, it doesn’t conform to the laws of natural science and can’t be calculated. Nor does it reflect the observations of how global economies operate. Such a definition is without a first principle—a basic, foundational, self-evident proposition or assumption that cannot be deduced from any other proposition or assumption. Without a first principle, it is impossible to understand a subject matter.

Wealth cannot change (increase) without first being caused to change. Therefore, a politician who claims he or she is going to increase wealth, must first have a plan in place to alter the cause of wealth. Why? The motion of the economy has kinetic energy and kinetic energy has the ability to “do work” when “work done” is the output. To understand how this works, we have to look at the role kinetic energy plays in both physics and the economy.

Kinetic energy (KE) in physics is equal to one-half multiplied by mass (the object), multiplied by velocity squared (E=½mv²). For example, a truck in motion has kinetic energy. How much is determined by one-half multiplied by its mass (the size and weight of the truck), multiplied by its speed (velocity squared). If a moving truck hits a brick wall, the amount of damage to both the wall and the truck is a result of the kinetic energy generated. Since a larger, faster truck does more work (generates more momentum and force) than a smaller, slower-moving truck, it would also account for more “work done” – in this case, in the form of damage to the truck and wall. Similarly, the greater the economic output, the greater the kinetic energy or momentum required to accelerate economic growth and increase wealth.

The Physics to Economics Model makes the analogy that wealth is stored energy. Stored energy in economics is money saved where the money was derived from energy. Electricity plus fuel burned is applied as a force to accelerate the economy. The acceleration of the economy is then demonstrated through the change in the transaction rate over time. In The Physics to Economics Model the energy (E) is equal to one half the economy (e) (as the object to be accelerated) multiplied by the transaction rate squared (E=½e(Tr)²). This means the cause of wealth and the effect (an increase in wealth) are knowable to a degree that enables rational policy to actually increase wealth by intent, which is not the case in current economic thinking.

The Physics to Economics Model (PEM) is a natural science model empowering the maximization of domestic wealth. In practice, it would enable the United States to accelerate economically at a speed no other nation can match.

The Physics to Economics Model would enable the United States to accelerate economically at a speed no other nation can match.

The Physics to Economics Model not only rejects Keynesian economic theory, but finds a rational solution to measuring input and output by applying the process and logic of natural science. By interpreting the economy through the lens of mechanical physics, PEM establishes economics as a physical operation within the universe and, as such, implies that it’s subject to the laws of the universe. This is the same reasoning behind the concept of energy in physics. Energy cannot be defined, but it is known by what it does. Energy can do work, change its surroundings, alter the state of an object, cause change in a position or speed, or change from one form to another.

Yet, similar to energy, economies are defined by their actions. We understand economies based on what they do and produce. Economies can change the environment and build or alter the form of resources. They have the ability to defend, invent, and provide food, clothing, and shelter. Economies can change form by moving from an activity to wealth possessed. Stored wealth can then change in form back to an activity. This makes economics a concept that is best understood based on what it does. Therefore, it should be represented by a unit, enabling its impact to be calculated and measured where its cause and effect are evident.

Similar to energy, economies are defined by their actions. We understand economies based what they do and produce.

By establishing economies as units of measurement, which in concept form can be calculated and measured where a deterministic result occurs, we’re able to answer the question of, and determine a cause and effect for economic input, where the cause forces what should happen to an economy, and the change is the effect or result.

By establishing economies as units of measurement we’re able to determine a cause and effect for economic input.

Ironically, Keynes incorrect theory is impossible to understand because it’s irrational. Conversely, while the physics model sounds complicated, its logic is easy to grasp because it follows the rules of natural science. When natural science is related to economics, it all becomes clear and tangible.